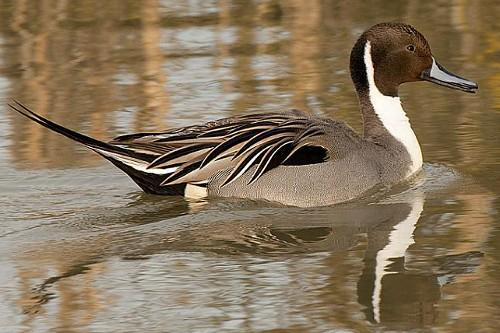 Characteristics and Range This stately, medium-sized duck, with its long pointed tail, stands out in a crowd of other dabbling ducks. The Northern Pintail is found throughout the Northern Hemisphere. In North America, it breeds across the continent in northern forests and prairie wetlands and winters from the Pacific Northwest to Mexico and the Caribbean (Clark et al. 2014). In the Palearctic, it breeds across Eurasia and winters from its breeding range south to Africa, south-east Asia and Pacific Islands.

Distribution, Abundance, and Habitat During the Atlas, the Northern Pintail bred at scattered locations throughout northern, northeastern and interior British Columbia and locally in the southwestern lowlands. Bunnell et al. (2013) reported a significant range shift northward in the British Columbia interior from the 1960s to the 1990s. The Atlas supports a continuing northward range shift since The Birds of British Columbia was published in 1990.

The most extensive areas of higher Probability of Observation are in the Northern Boreal Mountains, Boreal Plains, Taiga Plains and far northern Coast and Mountains ecoprovinces, but even in these areas, the maximum Pobs values are rather low, reflecting the species' sparsely distributed, small numbers. Too few Atlas point count data are available to draw any firm conclusions on abundance, and point counts do not capture the restricted wetland habitat of the Northern Pintail well.

The Northern Pintail typically nests in open country with shallow, seasonal, or intermittent wetlands and low vegetation. Its strongest broad habitat association based on Probability of Observation modelling is with the Boreal White and Black Spruce biogeoclimatic zone.

Conservation and Recommendations There are insufficient data to show any trends in the British Columbia province-wide breeding population, but the Northern Pintail population in North America was in steep decline until the mid-1990s (NABCI-US 2014). The Northern Pintail population in North America continues to be low despite substantially improved wetland habitat conditions, suggesting that new conservation approaches are needed (Miller and Duncan 1999). Further surveys in far northern British Columbia would help clarify its distribution and abundance in areas where the Atlas predicts highest Probabilities of Observation.