I have had a lifelong interest in birds. They have brought joy to an increasing number of people around the world, especially in Canada. In recent years I have noticed an alarming decline in many species that I once considered a common part of my world. Bird populations are of course the proverbial canary in the coal mine. Their health relates to the health of humans. The Breeding Bird Atlas puts scientific muscle behind general impressions. It also stimulates public awareness and that sense of joy I had in my youth.

Recent research is showing that spending time in nature is good for the mind and the body. It improves acuity and lessens the risk of depression and other mental health issues. Birdwatching is a great excuse to go outside and pay attention to what is happening around you. For birding one obviously needs a field guide, but the information in field guides is by necessity limited. This means that the Breeding Bird Atlas is an important addition for anyone interested in birds. In a recent personal example, I was wondering about what Buffleheads are doing lingering around in the spring when other water birds are already on their breeding territory. I learned that they nest mostly in the interior of British Columbia, a bit later in the spring. So the Atlas is also a treasure trove of invaluable information, for a novice or an experienced birder. 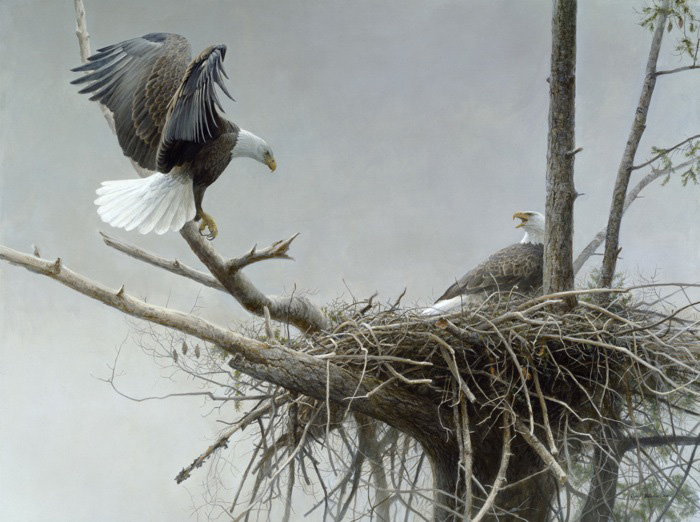 “The Return” by Robert Bateman; reproduced with kind permission of the artist.